Amarillo College, a popular destination for jazz enthusiasts on Tuesday nights in June, will present more free concerts this summer on the Washington Street Campus than ever before – as June Jazz for the first time extends well into July. 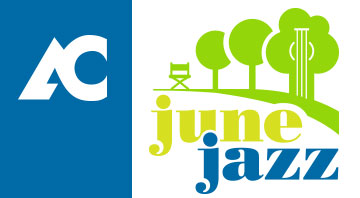 Audience turnout has increased dramatically since June Jazz debuted at Amarillo College back in 1995, so in addition to four traditional dates in June, this year’s outdoor series will also feature concerts on the first two Tuesday’s of July.

“People have been asking us for years to expand June Jazz beyond just June,” Dr. Jim Laughlin, professor of music and originator of June Jazz, said. “Our loyal following has continued to grow. What once were crowds of around 300 or so have easily more than doubled the past few years.

“We’re excited to be able to draw enough outstanding musicians to Amarillo College that we can extend June Jazz into mid-summer, and it’s gratifying to know that our expansion is due to popular demand.”

The free concerts, which begin at 7:30 p.m. each Tuesday, are staged on the porch of the Experimental Theatre. Patrons are encouraged to bring lawn chairs or blankets and fan out in the spaciousness afforded by the Oeschger Family Mall and surrounding lawns.

For those unable to attend the concerts in person, June Jazz is broadcast live by AC radio station FM90. Jazz aficionados can listen to the live concerts from 7:30 to 9 p.m. each Tuesday evening – June 5 through July 10 – on either 89.9 FM or at kacvfm.org on the Web.

The Tuesday-night concert schedule is as follows: