What Sharon Oeschger likes most about the thank-you notes she gets from students on the receiving end of scholarships she supports at Amarillo College are the heartfelt assertions they contain about one day emulating her kindness. 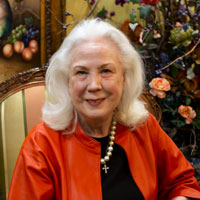 “Most of the people say they hope someday to be able to give something back to students,” said Oeschger, a highly successful businesswoman and a member of the AC Board of Regents from 1990-2008.

“That’s what I’ve been blessed to be able to do, give something back, and to have so many expressing a desire to also be able to give to others is what makes those notes so special.”

Oeschger, whose decades-long civic generosity has been widely chronicled – she was named Amarillo Globe-News Woman of the Year in 2012 – joins the late Navy Capt. Matthew Davenport as AC’s Distinguished Alumni for 2019.

“The accomplishments of these amazing leaders are beyond extraordinary, and we are extremely proud and truly privileged to honor them both,” said Amarillo College President Russell Lowery-Hart. 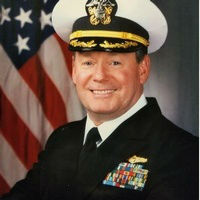 Davenport, who passed away in 2018, graduated from Amarillo High School in 1977 and attended AC from 1977-1979. He was named Mr. Amarillo College in his sophomore year.

He went on to graduate twice from the University of Texas, earning a bachelor’s degree in geological sciences and a master’s in finance.

Davenport joined the Navy in 1988 and served as a Naval Intelligence Officer in each war subsequent to his induction. For his service he received countless awards. The capstone was the Legion of Merit, a military award of the United States Armed Forces that is given for exceptionally meritorious conduct in the performance of outstanding services and achievements.

In retirement, Davenport made his home in New Braunfels.

Oeschger attended AC part time from 1964-1968, while also working at her family’s Amarillo-based trucking firm. Today she is president of Specialty Trailer Leasing, Inc., and CEO of Cryogenics Research and Development, Inc.

She financially supports 16 nursing scholarships at the College, along with several scholarships for students in the truck driving and dental hygiene programs.

Her $50,000 gift in 2015 helped establish the Oeschger Family Mall, an open-air meeting point for students in the center of AC’s Washington Street Campus.

“That area of the campus had the worst sidewalk I’d ever seen,” Oeschger said. “I saw it as an opportunity to help students have a gathering place, and it just thrills me to go over there today and see people gathering and talking.

“I believe that when you have, you need to give, and do so generously,” she said.  “People just don’t realize what some students are having to sacrifice to stay in College.”