A longtime Amarillo radio personality who is especially well known among fans of country music will become the 19th luminary to be installed on the Matney Mass Media Wall of Fame at Amarillo College. 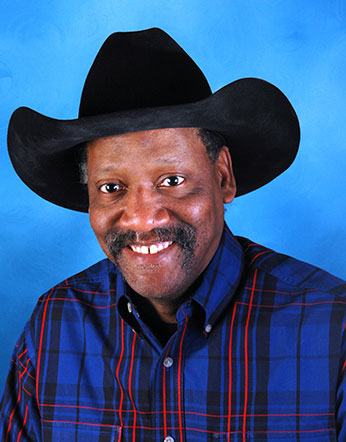 Patrick Clark, music director and afternoon deejay for KGNC-FM, a country music station owned by Alpha Media, will be the honoree during a ceremony set to begin at noon on Tuesday, Aug. l3 in the Panhandle PBS Studio at AC.

The Wall of Fame honors former students who have been successful in the media and others who have made significant contributions to AC’s mass media program.

“I am proud to continue the mass media program’s annual tradition of honoring our outstanding graduates and recognizing individuals who have made significant contributions to the media industries,” said AC’s Jill Gibson, chair of media, arts and communication.

The Clarks spent three years in Germany without access to American television, so Patrick spent the first money he made mowing lawns on a transistor radio.

When Clark entered sixth grade, his family moved to Amarillo, where he has lived ever since. Clark’s interest in music led him to Amarillo College. After earning his associate degree, he launched a successful career in local radio.

Clark is proud to say he has worked every shift in the radio business. Currently the music director at KGNC-FM, he has also worked as a program director twice during his career, at KMML from 1988-1994 and at KGNC-FM from 2011-2015.

Clark’s sister, Lani, followed him to AC and onto the air at KGNC-FM where she shares his love of country music.

Clark attributes his success in the radio industry to his AC education and his ability to work hard and persevere.

“It's not easy to get into the business and it may take time for you to get where you want to go,” he said.

Clark added that he always looks for solutions to problems and ways to do more with less at the station. His advice to anyone interested in radio is, “Never let your ego get in the way” and “Treat people the way you want to be treated.”

He encourages students to take advantage of what they learn at AC.

Clark will join 18 other honorees who have been recognized in the past and have their portraits and biographical information displayed on the Wall of Fame, which is located outside the AC student media newsroom in Parcells Hall.

Following are the Wall of Fame honorees to date (in order of inclusion):

Kari Fluegel, who worked in media relations for NASA;

Ben Sargent, a Pulitzer-winning cartoonist and AC’s Distinguished Alumnus in 1993;

Mike Stravato, a freelance photographer for the Associated Press;

Thomas Thompson, former editor in charge of Pulitzer-winning coverage at the Amarillo Globe-Times;

Jason Boyett, author of several books and an award-winning advertising copywriter and designer;

Robert Wylie, posthumously, a Piper Professor who taught journalism and English at AC for three decades;

Don Ford, a longtime director of engineering for AC’s radio station, an entity he helped establish in 1976, and for AC’s PBS television station—now called Panhandle PBS;

David Coons, an AC alum and a broadcast engineer for AC’s radio-TV academic department for 35 years;

Jerry Webb, the late director of AC student publications from 1972-1978, president of the Texas Intercollegiate Press Association in 1976 and longtime radio sports announcer;