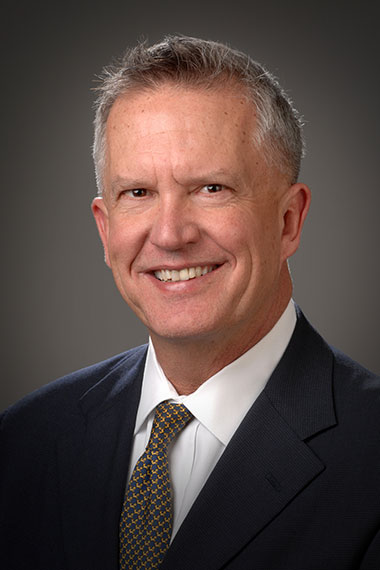 Sherrod, who will officially join the Amarillo College administration on Jan. 6, also will serve as executive director of the AC Foundation.

Sherrod for the past year has served as assistant vice president for leadership gifts and development at West Texas A&M University, where he achieved notable success as both director of development from 2015-2018, and major gifts officer from 2009-2015.

“The opportunities which exist for the Texas Panhandle will only grow brighter as the educational institutions in the region become more and more intentional about attracting and graduating students,” Sherrod said.

“Amarillo College plays an extremely critical role in this process. I am really excited about helping advance this idea!”

While wearing multiple hats at WTAMU, Sherrod participated in WT’s Share the Pride Comprehensive Campaign which generated $51 million for the university. Additionally, he led the more recent capital initiative which raised $11 million for the completion of the new Agricultural Sciences Complex.

His efforts at WTAMU also led to, among other things, a 300-percent increase in contributions to the College of Fine Arts and Humanities, in which 40 scholarships, 4 professorships, and 2 distinguished professorships have been endowed since 2009.

A graduate in sociology from Oral Roberts University, Sherrod has established himself as a community leader through service as a chairman of boards for the Harrington Cancer Center, Amarillo Museum of Art, and Amarillo Little Theatre.

“Joe Bill Sherrod has an exemplary track record of fundraising success that in and of itself makes him a highly attractive addition to our leadership team,” AC President Russell Lowery-Hart said.

“Yet when you combine his phenomenal professional attributes with his unequivocal commitment to public service, we know the College is fortunate – and I am ecstatic – that he has agreed to join our team.”

A recent restructuring of the AC Foundation, as voted on by its board of directors, authorized the addition of an executive director/vice president of institutional advancement who will report to the College president.

This constitutes an organizational shift to a model that most of academe now uses to create conditions conducive to attracting significant philanthropy for specific purposes. In filling that role, Sherrod will be charged with aligning the Foundation’s fundraising efforts to ensure they dovetail optimally with the goals and mission of the College.