Christopher George, instructor of cyber security at Amarillo College, has joined an elite consortium of cyber-security professionals focused on neutralizing threats to healthcare systems and critical infrastructure during the pandemic. 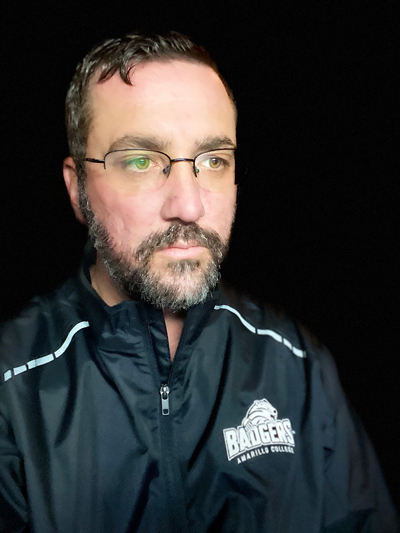 George, who has done extensive research and has more than 20 years of experience in the IT/security industry, applied to and was accepted by the international Cyber Threat Intelligence (CTI) League.

The CTI League is a trust-based, invitation-only assemblage of about 1,100 volunteers worldwide. Their charge is to mitigate cyber threats ranging from COVID-19 cure email phishing scams and denial-of-service attacks on hospitals, to ransomware campaigns aimed at local and state governments.

“As this pandemic has unfolded, cybersecurity researchers, analysts, and incident responders like myself have seen a great increase in the number of attacks proliferating throughout the world,” George said. “The CTI League was formed to help combat these worldwide attacks, specifically those aimed at healthcare and critical infrastructure.

“I am honored to be accepted into this group of my peers and hope to provide quality assistance and support for the league's mission.”

As a member of the CTI League, George may be called on to participate in any number of high-level actions – from Digital Forensics/Incident Response (DFIR) and Reverse Malware Engineering (RE), to threat hunting and identifying and disseminating factual information about current attacks.

“We have the authority to order the takedown of malicious websites attempting to capitalize on the public's fear,” George said. “We have the direct ability to escalate any case to more than 20 law-enforcement agencies worldwide, including the FBI Cyber Division and Department of Homeland Security.”

George encourages officials or employees associated with healthcare or critical infrastructure sectors who have cyber-security concerns to contact the CTI League at: ir@cti-league.com.