Amarillo College Student Media captured a total of 24 awards in the Texas Intercollegiate Press Association’s previously published work contest. The results of the contest were announced April 20, and reflect work done during 2019. 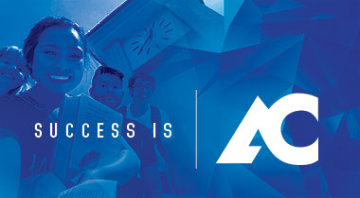 The victory is bittersweet, said Jill Gibson, AC’s chair of media, arts and communication. “Usually these prizes for previously published work are announced at our annual convention, which was scheduled this year in Corpus Christi,” said Gibson.

“Unfortunately, due to the coronavirus, we had to cancel the event.”

Nevertheless, Gibson said she and her co-adviser, Maddisun Fowler, are very proud of their students’ achievements.

“The prizes validate that AC students can complete against students at two and four-year colleges and universities across Texas,” said Fowler, who is also student media coordinator and a mass media instructor. “Of course, the goal is learning and hands-on experience, but the awards let us know that our students excel.”

Gibson noted that she was pleased to see prizes in audio, video, illustration and design categories. “This shows the students are doing well in multiple media areas and are well-prepared for careers in this competitive industry.” She said she was particularly proud of the staff’s multimedia coverage of the AC bond election and master plan, which garnered a first-place award.

AC Student Media serves the college by producing the student newspaper, The Ranger, which is distributed in print on campus and at acranger.com; the student magazine, The Current, which is published every semester, and a variety of video and audio productions, including The AC Report, Ranger Ramblings and Badger B.S.

“In journalism, you learn early on that there is more than one way to tell a story, be it through a newspaper, radio, video or even social media. And at AC, we learn it all,” said Lauren Ebben, editor of The Ranger. “Student media provides a wide range of opportunities we use daily to create and share news and other content with the college.

“Working with some phenomenal instructors who understand the importance of a hard deadline, we get the hands-on experience we need in order to succeed in the field of communications. We learn how to tell a story the right way, with facts and figures and reliable sources. We make our mistakes now so we don't make them later. From a story idea to the final product, we learn what it takes to be a good journalist. I'm honored to be part of such a great program and proud of the work everyone has accomplished,” she said.

TIPA is the nation’s oldest state collegiate press association. The group’s members include more than 60 Texas colleges and universities, two-year and four-year; private and public. Since its formation in 1909, TIPA has grown into one of the largest and most respected collegiate groups in the country.